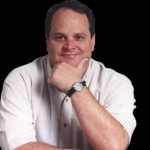 The Council for Agricultural Science and Technology (CAST) has announced that the prestigious 2012 Borlaug CAST Communication Award goes to Dr. Carl Winter, the Director of the FoodSafe Program and Extension Food Toxicologist in the Department of Food Science and Technology at the University of California–Davis. His research and outreach work focus on pesticide residues and naturally occurring toxins in foods, food chemical and microbiological risk assessment, and food safety education using music. Winter earned his B.S. in environmental toxicology and his Ph.D. in agricultural and environmental chemistry, both from the University of California–Davis. 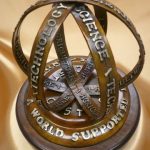 Established in 1986 by CAST, the annual award goes to a specialist who communicates the importance of food and agricultural science to the public, policymakers, and the news media. Winter’s noted ability to communicate credible scientific information has made him a respected expert in his field and a popular speaker at agriculture and science events. The author of two books and more than 100 publications in both scientific and lay literature, Winter also serves on a variety of committees, teaches courses on communication skills to graduate students, and knows how to use humor and music to communicate important messages about agriculture. He gives 40–50 news media interviews a year and has frequently been invited to testify before the U.S. Congress on pesticide/food safety issues.

As an accomplished musician, Winter writes, records, produces, and performs musical parodies of contemporary popular music by modifying lyrics to make them appropriate to food safety issues such as bacterial contamination, irradiation, biotechnology, government regulation, and pesticides. He was awarded a U.S. Department of Agriculture grant to study the effectiveness of incorporating music into existing food safety educational curricula and published three papers demonstrating the utility of music-based food safety education. 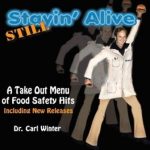 Winter, the “Elvis of E. coli,” has given nearly 200 live performances of his food safety music parodies at a wide variety of conferences, trade shows, and public gatherings in 39 states and Canada over the past several years. He has also distributed more than 30,000 of his audio CDs and animated music DVDs, while his food safety music website and YouTube page have attracted a total of nearly one million visitors.

A member of the U.S. Food and Drug Administration Food Advisory Committee, Winter has received the NSF International Food Safety Leadership Award for Education. He is a Fellow of the Institute of Food Technologists, was the Inaugural Keiser Distinguished Lecturer at Ohio Northern University, and is an alumnus of the American Association for the Advancement of Science Mass Media Science and Engineering Fellows Program.

An award presentation occurred at a breakfast co-hosted by CropLife Foundation and CAST as a side event at the World Food Prize Symposium on October 17, 2012, in Des Moines, Iowa. The Borlaug CAST Communication Award honors the legacies of Nobel Prize winner Dr. Norman Borlaug and Dr. Charles A. Black, the first president of CAST.

Carl Winter spoke at the CAST breakfast event during the 2013 World Food Prize, and he recently delivered a Hayes and Phillips Lecture at the University of Minnesota. Dr. Winter, director of the UC Davis FoodSafe Program, conducts research and does outreach on pesticide residues and naturally-occurring toxins in foods, on risk assessment, and on risk communication. For the lay audience, Winter substitutes his food safety messages for lyrics in contemporary music. He has authored two books and more than 150 publications, given more than 1,000 news media interviews, and has testified on several occasions for the U.S. House of Representatives and the U.S. Senate. He currently is a member of the U.S. Food and Drug Administration’s Food Advisory Committee.