In a recent election at the Council for Agricultural Science and Technology (CAST), Dr. J. Alex Thomasson—head of the Mississippi State University Department of Agricultural and Biological Engineering and William B. and Sherry Berry Endowed Chairholder—was chosen as the President-Elect for 2022-2023.

Thomasson represents the American Society of Agricultural and Biological Engineers on CAST’s Plant Agriculture and Environmental Issues work group. He has been involved in writing two CAST Issue Papers: Ground and Aerial Robots for Agricultural Production: Opportunities and Challenges and The Role of Agricultural Science and Technology in Climate 21 Project Implementation; and has served as a liaison on other CAST publications.

In his role at Mississippi State University, Tho 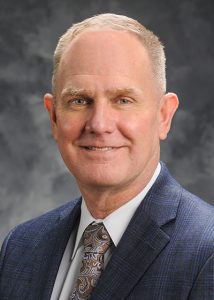 masson manages 17 faculty members in research and extension associated with agricultural and biological engineering and technology, as well as in teaching approximately 500 undergraduate and graduate students. He is a registered professional engineer and previously held faculty positions at Texas A&M University and Mississippi State University, while starting his career as a research engineer with the United States Department of Agriculture Agricultural Research Service.

His vision for CAST includes maintaining scientific objectivity so position papers are viewed as informed and credible. Thomasson said, “Within CAST’s position as a scientific authority on agricultural matters, modern means of communicating critical ideas to the public should be explored and adopted where appropriate.” He plans to grow CAST’s membership—he believes with the growth of agricultural technology in the last decade, it is critical that CAST expand its academic, nonprofit, and corporate membership with emphasis on technologies. He hopes to do so through engaging and increasing opportunities for young members, such as college students, and encouraging lifetime memberships.

Thomasson will officially assume his responsibilities as President-Elect at the conclusion of CAST’s fall board meeting in October. In 2023-2024, he will become the 51st president of CAST, a singular honor and responsibility dating back to 1972, when Charles A. Black and Norman Borlaug, along with other committed scientists, spearheaded the movement to “bring science-based information to policymaking and the public.”

Dr. Anna Dilger, University of Illinois, is the presiding CAST President and Dr. Sally Flis, Nutrien, is the current President-Elect until the conclusion of the annual board meeting in October. Kent Schescke continues to be CAST’s Executive Vice President and CEO.

CAST is an international consortium of scientific and professional societies, universities, companies, nonprofits, libraries, and individuals. CAST convenes and coordinates networks of experts to assemble, interpret, and communicate credible, unbiased, science-based information to policymakers, the media, the private sector, and the public.